An insight into effective science demonstration

Before I had my fingers smashed to biscuit crumbs by an errant dodgeball, I arranged an interview with Alom Shaha and Jonathan Sanderson – the brains behind the ScienceDemos website. With over 20 years of experience in science communication, Alom and Jonathan have developed a treasure trove of fantastic science demonstrations and resources. Their videos are used on ITT courses and been used as part of the British Science Association’s Get Set:Demonstrate project. For a good idea of what ScienceDemo.org are all about check out Demo: The Movie.

For those who don’t know, can you give your science background in 140 characters?

I’m a lapsed physicist. I did a degree in physics, and for a very brief time I did some computational chemistry back when that was shiny.

What is your best piece of advice for those wanting to use more demonstrations in their lessons/clubs etc?

Well, I come from the science communication end of all this, so I think mostly about narrative and developing ideas from one demo to the next and take-home points and so on. But in lessons, the big hint is to think very clearly about why you’re doing the demo.

It’s unbelievably easy to fall into the trap of justifying it for yourself, and not in terms of the benefit to the student. Which happens in communications too: as the saying goes, “sell the benefit, not the feature.”

ScienceDemo.org has contributed to teacher training and The British Science Association’s Get Set: Demonstrate project

Practical science communication is singularly bad at passing on lessons and learning from one generation to the next – it’s practically bardic. The chemists have done a good job of cataloguing demos (the RSC’s Classic Chemistry Demonstrations is good, and Roesky & Möckel (http://www.abebooks.co.uk/Chemical-Curiosities-Roesky-Herbert-Möckel-Klaus/2481535239/bd) is wonderful), but precious little has been written for other subjects since the nineteenth century. Twenty years ago it struck me as odd that many in the sector simply didn’t know there were better ways of doing things (because they’d never seen them), and we’re still in that situation today. The web hasn’t really changed anything for us yet.

It’s also an opportunity to address some of the challenges I see facing formal education. Alom and I have been making demo films for several years now, and we’re continually running up against the same problems. There’s some excellent education research out there, but there are few routes for bringing that research into classroom practice. That’s a communication problem, and you know what? I’m a communication and media professional. I can do that bit.

So ScienceDemo.org – in this incarnation – is an attempt to have a conversation that pulls in teachers, education professionals and researchers, and science communicators. We think we’d benefit from talking more to each other.

What is your favourite experiment and why?

I’m not sure about ‘experiment,’ but my favourite demo is the spinning straws trick. I’ve done this with thousands of people, and it can be both delightful for four year-olds and the cause of major arguments for fluid dynamics professors. There are also both good and ‘better’ ways of leading people through doing it for themselves, which means it’s useful for discussing performance technique too.

Many of your recent videos have been produced for the Get Set Demonstrate project. Can you outline the purpose of this?

Get Set Demo is part of a broad project around practical work in schools. There’s a new practical hub at the National STEM Centre (http://www.nationalstemcentre.org.uk/sciencepracticals), and Get Set Demo is a publicity campaign to support Demo Day – a national day of action the organisers hope will prompt hundreds of teachers to pledge to perform a demonstration to their students.

How do you choose your demonstrations?

In this case, the British Science Association collected suggestions from teachers, and a panel of us, the BSA, and the learned societies (Royal Society of Chemistry, Institute of Physics, Society of Biology) made the final selections.

Whenever we make CPD films we try to ensure they complement each other as a set. It’s not just about the demo or practical itself, we look at issues of safety, pedagogy and performance, and try to ensure the films prompt thinking and discussion about a range of ideas.

Are there demonstrations you would like to film but can’t/won’t?

In my broadcast days I did some very large-scale and, in hindsight, damned fool things. Trying to make a full-size man-lifting hot air balloon out of newspaper was particularly foolhardy. So no, not many demos properly scare me.

We do have big arguments around these films, but less about the demos themselves and more about the wider objectives. It’s very frustrating to be making a few films here and a few more there, when it’s pretty clear that what’s needed isn’t that sort of ad-hoc approach. We know these films are used in PGCE courses, we know they’re of lasting value to teachers, and we’ve honed the approach over a period of years.

We can’t afford to keep making these films in small batches, and I think pretty soon we’re going to either find somebody who’ll fund fifty of them… or we’ll have to give up entirely.

Why should people get in contact with StoryCog, your science film making company?

We’re good film-makers, but that’s a small part of what we do. Alom and I have learned to wield cameras and edit systems since we left broadcast – what we’re really good at is coming up with approaches to video, building teams, training people, coaching editorial thinking, and all the myriad other things that people too often ignore.

Hitting record on a camera is the obvious bit of film-making, but truly worthwhile films involve a heap of work leading up to that point. I’m continually amazed by how many companies don’t bother, and deliver pointless films which have no impact.

Contact us early enough and we can help steer you through the process.

Why should people get engaged with practical science?

We explore this at some length in Demo: The Movie a 30-minute documentary film about the use of demos in the science classroom. It’s another free teacher CPD resource, but it’s much less po-faced than the individual demo films. It’s trying to do many things – not least, give teachers something to feel good about – but the central thrust of it is about the nature of science, and how practical work can get us closer to how science works.

People sometimes say that science is all about making and testing predictions. And that’s true, to an extent. But perhaps even more fundamentally it’s about observing how the world behaves. Demonstrations, I believe, help us learn to look at the world more closely, and more deliberately.

Demo: The Movie was released in early March. You’ll find it, and accompanying teaching notes, at http://sciencedemo.org/2014/03/demo-movie/

1 thought on “Interview with ScienceDemos.org” 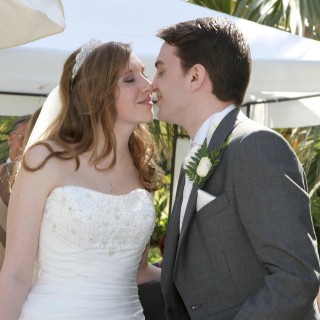 I am an early-career science teacher. I love teaching and am interested in finding out what actually works in the classroom. I blog at TFScientist's Science Lab - a space built on the principle that science is a practical subject so science teaching should center around practical. More of my work can be found on HubPages, under the pen-name, TFScientist. Contact: rhysrbaker [AT] gmail [DOT] com